"deliveries ordered in advance for March" 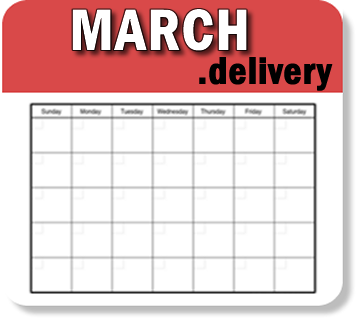 
Martius has always had 31 days.

March was the original beginning of the year, and the time for the resumption of war.

Mars is the Roman god of war. He is identified with the Greek god Ares.